What is life like for me as an adult on the autistic spectrum? When I sat down to write this piece,

I began with a notepad and pen, in order to first compile a list of the multitudinous ways in which autism affects, and dictates, both my daily routines and my life as a whole. It’s worth noting, at this point, that whilst I would, in person, casually describe this process of note taking as “jotting down a few things”, what actually transpired was, somewhat unsurprisingly, the production of an overly formal, left aligned, double spaced document with clearly defined bullet points (in the margins, naturally), and with due care being taken to guarantee each entry occupies no more than one full line, per item. If we are going to insist on documenting such activities, one must make sure to uphold certain standards at all times.

With that established then, how do I, a forty year old man, live my life as an adult with autism?

The truth is that up until three years ago I would not have been able to answer such a question because, well, simply put, I did not know I had been doing so, all those years. Which, I appreciate, is a statement that raises far more questions than it answers. So, allow me to try and shed light on some of those additional lines of enquiry for you.

I guess the most important follow-up to ask would be, how did I manage to get to be thirty seven years old by the time I received my official diagnosis? Now, don’t worry, it’s not as though I had been assessed as a small child and my results had simply gotten lost in the mail. Geez, I don’t think our postal service is that bad. Ok,maybe that’s being a little too generous, as we’ve all had terrible experiences with them in the past, I’m sure. I’m confident though that we all agree three and a half decades would be a bit too much of a wait to receive a letter, even by a second class stamp’s standards.

So what happened then? I’ll admit, up front, that I have no idea when autism was first discovered. Nor do I have any knowledge of when each of the significant milestones, in the awareness and diagnosing of the condition, were accomplished. However, I was a child who grew up as an orphan in the foster care system ofthe nineteen eighties; and into the early nineties. During my rather tumultuous time, in that environment, Imoved from family to family, school to school, and doctor to doctor. As you can imagine, this turbulent processdid not come without its own unique set of challenges and obstacles; many of which proved, unfortunately, tobe impassable.

One such hurdle, that became something of a regular stumbling block for me, was that of the consistency of my personal records. You would leave one school, having not yet had this or that test, only to start a new school to find they had already completed those exact same tests, weeks, or even months, prior to your arrival. The best example of this kind of disparity can be found in my sex education, or, to put it more accurately, my lack there of. You see, getting to the age of thirty seven, without having even briefly popped upon anyone’s autistic spectrum radar (if that isn’t already a thing, it definitely should be), was not the only failing I suffered at the hands of. Don’t worry though, please rest assured that I have since taught myself about such things, courtesy of a book or two along the way (for those younger readers of this article, books werethose paper “bricks” people used to carry around with them, before your battery-powered pocket computers came along).

The point I’m making is that, regardless of how widespread the understanding of the autistic spectrum may or may not have been, during the two decades my time as a foster child spanned, I was able to pass through that period without once having come to the attention, for the condition, of any professional; be that a carer,teacher, or GP et cetera.

But, surely that’s not possible, is it? Maybe not today, no; and rightly so. Back then though, clearly it was possible. As further supportive evidence, of how such issues were able to fall effortlessly through the cracks, in the system as a whole, it’s worth me also making you aware of how it wasn’t discovered, until I was twenty years old, that I am in fact allergic to a common form of antibiotics (and quite violently so, at that). Wait though, as it gets worse. More shockingly still, it wasn’t until I was thirty eight that it was discovered I was born with only one kidney. I know, it sounds incredulous, right? Trust me, I’m the one writing this (not to mention having lived through it too) and even I find it somewhat of a undertaking to fully comprehend how such things came to pass.

This brings me neatly back to the question of my life, as an adult, on the autistic spectrum. I can’t help but think, at this juncture, of the symbol of the autistic ribbon made up from puzzle pieces. Receiving my diagnosis was such a welcome relief for me. It really did feel as though a missing piece of my puzzle had been located and popped into place. This is not to say that people with autism, such as myself, are an incomplete puzzle. It is in no way my intention to imply such a thing, nor do I view myself, or others on the spectrum, in this way. I merely mean to say that, having gotten so far in my life without being assessed, and having struggled to manoeuvre my way through the world as a then-previously undiagnosed autistic person, it really helped me to appreciate the bigger picture, as it were, when I finally did receive a conformation for the condition.

As it stands, I am currently living through the third year post-diagnosis, and although it is fair to say that things have not radically changed for me since that day, it would be remiss of me not to also mention that my understanding of myself, my ability to care for myself, and my overall well-being have all greatly benefited from having knowledge of my autism. I live a solitary life. I have no family (not even any former foster parents I keep in touch with), no friends, and no casual acquaintances. I don’t even have an online social media presence.

To all intents and purposes, I barely exist in the eyes of the outside world. The only people I have in my life are my partner, her parents, and one solitary foster brother with whom I keep loosely in touch with, in spite of the fact we live three hundred miles apart and lead extremely different lives; he being neurotypical, having a regular job, a wife, and children, and

I being a proud cat daddy to three furry boys. My life, to anyone who might look upon it, would almost certainly look pretty mundane. I am all-too aware of how I have no social life. I don’t go to clubs, pubs, cinemas, theatres, or even restaurants. I’ve never been abroad; in fact, I rarely venture outdoors at all, if I can help it. I avoid uncertainty at all costs, just as I avoid change, spontaneity, surprises, guests, small groups, large groups, public events, parties.

In other words, I avoid absolutely anything, and everything, that I perceive to be a threat; no matter how small the risk may be.

Yet, despite all that, if you were to ask me how I feel about my life, as an adult on the autistic spectrum, I would honestly tell you I am content. My life is far from exciting, my life is far from interesting. Hell, to most, I bet it would be barely recognisable as a life at all. For me though, it’s what works best. I have my partner, my cats, my books (yep, those damn paper “bricks” again, kids), and my movies. Life is complicated enough as it is.

At least now, knowing about my condition, I find myself able to navigate each new day with a lot less fear and a lot more optimism.

Written by one of the Autistic Adults we support who wishes to remain unnamed. 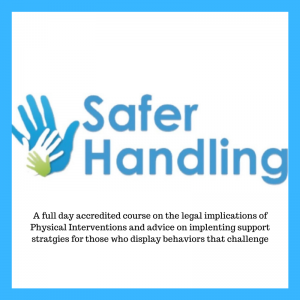 E-Learning Courses — ASD Helping Hands
With a large variety of courses focusing on everything ASD related from basic Awareness to understanding emotions and behaviour, we are sure there is something here for everyone.
asdhelpinghands.org.uk
View on Facebook

ASD Helping Hands
Do you work in the education sector? e-bug are delivering FREE face to face training and resources to give educators the skills, knowledge and confidence to teach about important health topics such as infection prevention.

ASD Helping Hands
At the beginning of Autism Awareness Week 2019, we think it would be a good idea to look back and see how Autism was first made a diagnosable disorder and where we are now. Leo Kanner- the first person to begin to research ‘Autim’ Autism is now thought to affect around 700,000 people in the …

Autism: From the beginning — ASD Helping Hands
At the beginning of Autism Awareness Week 2019, we think it would be a good idea to look back and see how Autism was first made a diagnosable disorder and where we are now. Leo Kanner- the first person to begin to research ‘Autim’ Autism is now thought to affect around 700,000 people in the …
asdhelpinghands.org.uk
3    View on Facebook